Full flow penetrometer testing is a specialist form of cone penetration testing undertaken to continuously provide data for our Clients to estimate peak shear strength and residual shear strength in soft and very soft soils, sediments or tailings. The larger surface area of the Tee Bar & Ball Cones can help provide a more uniform interpretation of these parameters compared with CPT Testing cones, which have a smaller surface area. 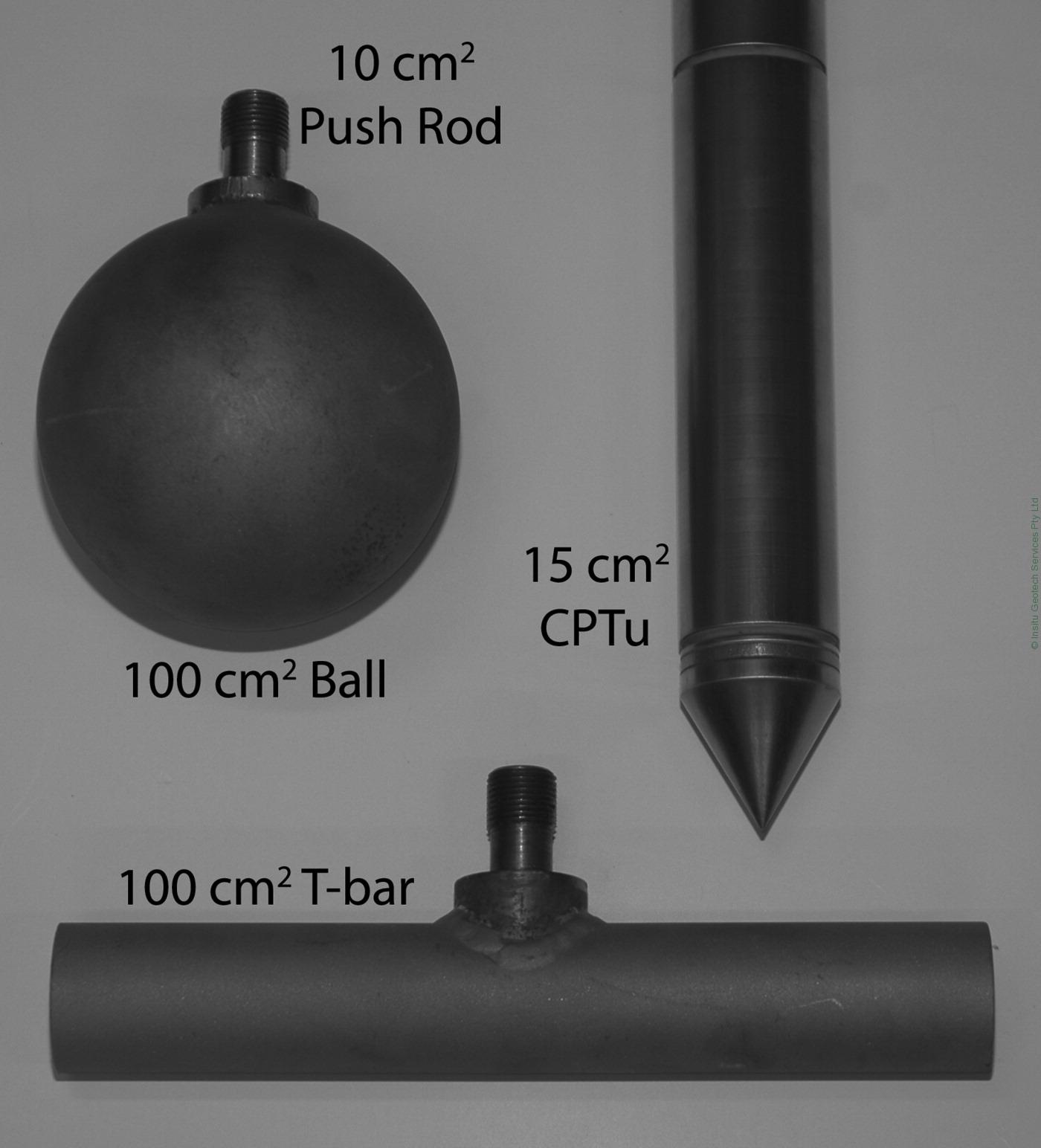 The Tee Bar was originally developed for use in laboratory testing and was then scaled up for use in off shore site investigation. The Ball Cone was then developed to reduce the potential for the load cell, which is located behind the "head" to be subjected to bending moments from different resistances on either side of the bar.

The larger surface area of the Tee Bar and Ball Cones provides increased resolution and reduced sensitivity to temperature affects. In addition, as the soil is able to flow around the tee bar or ball during the test the effect of overburden pressure is equalized above and below the cone except for the shaft area - this allows for a narrower range of resistance factor corrections than for traditional cone configurations.

The Tee Bar & Ball Cone tests are conducted in a similar fashion to cone penetration testing and are compatible with any of our existing rigs and acquisition systems.

Remoulded shear strength of the soils, sediment or tailings can be estimated by conducting cyclic testing. This is achieved by cycling the Tee Bar or Ball Cone over a defined depth zone, measuring the resistance during both the upward and downward cycle of the test. 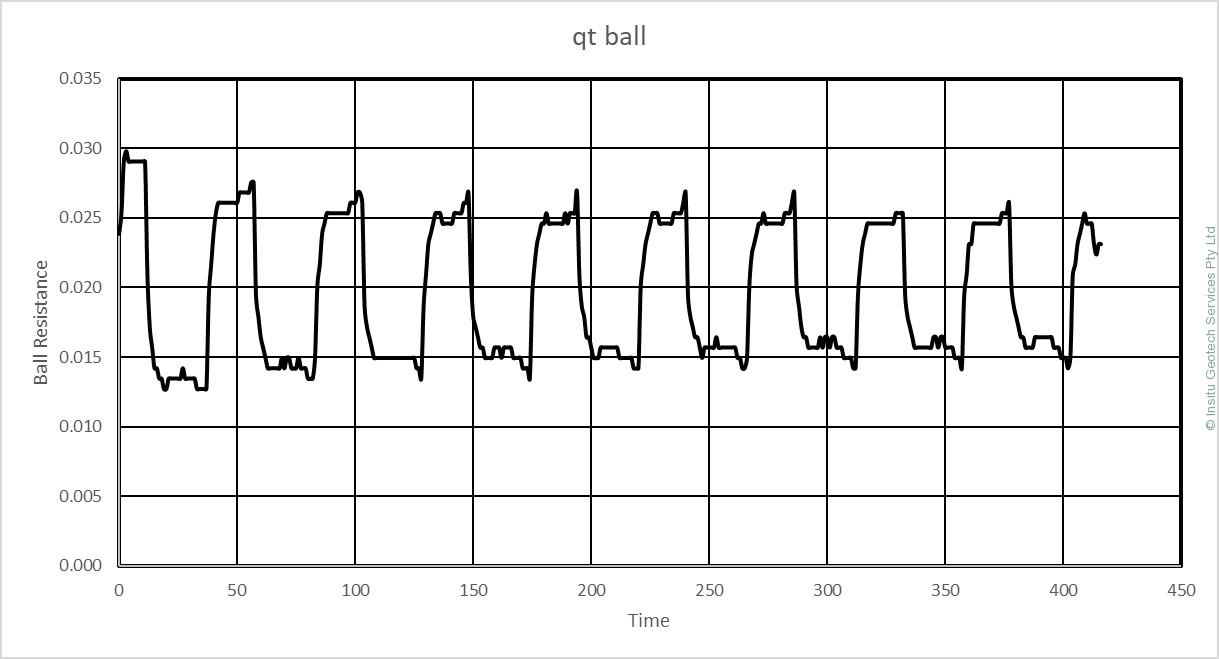 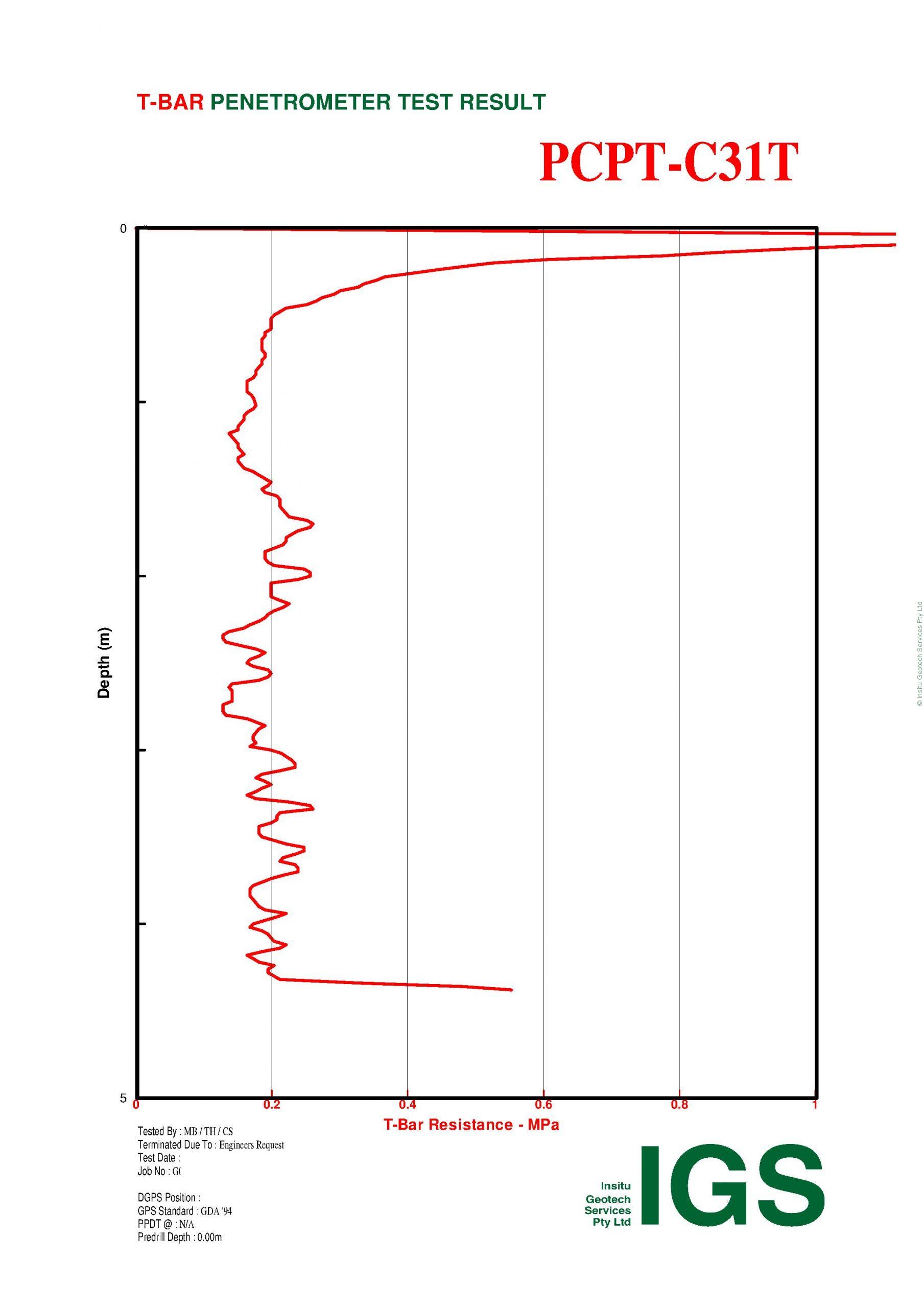